The global warming is the deadliest issue that encounter today. It is manifested by high increasing temperatures, rising sea levels, change in climate patterns, floods, pollution, disasters & diseases that is all around.

The following short & long essay on topic Global warming discussing its causes, effects and possible solutions, is quite helpful for children and students of Ukg level, primary, high school and college level students.

Global warming is one of major problems of the modern world. It has been discussed on all international forums. 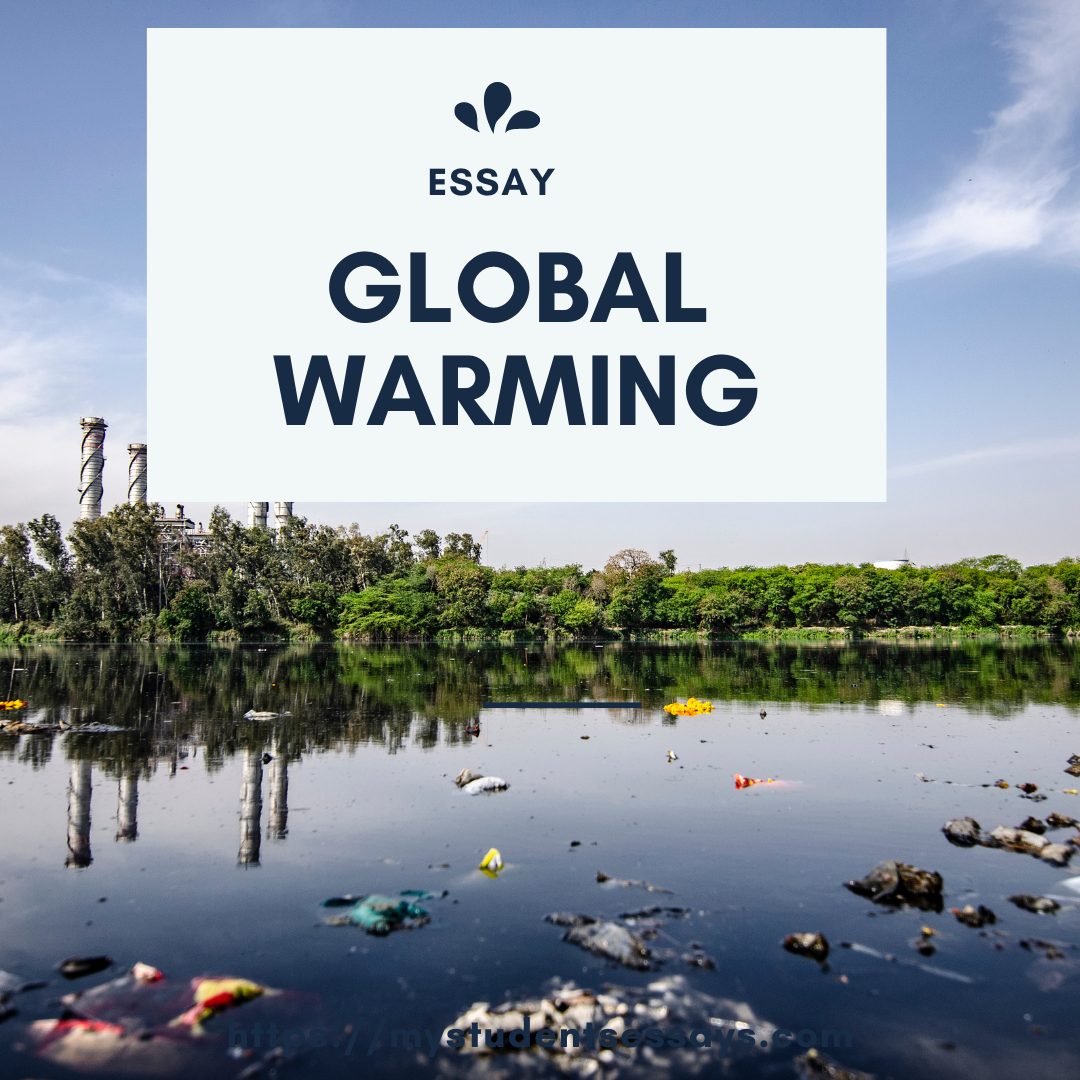 Global warming means that gradual rise in the temperature of atmosphere of the earth. Human activities have played a major role in gradual increase of temperature of our environment.

Global warming has very adverse effect on our environment. It has caused number of problems for individuals and has played role in deteriorating the environment.

The major cause of global warming is human activities. The temperature of earth is rising due to green house effect.

We burn fuel in our vehicles and our industries also add carbon dioxide and carbon mono oxide directly or indirectly to our environment.

De-forestation has also major influence on increase in world temperature. Tress protect our environment from global warming by absorbing carbon dioxide from atmosphere.

There are also some nature causes like fires in forest and volcanic eruption. This natural phenomenon also plays a role in global warming.

In addition to this, polar ice caps are reservoir of 14% carbon of earth. When these ice caps melt, they add this carbon to atmosphere and play role in global warming.

It is very important to take solid steps against global warming. Government should create awareness among public through print and electronic media.

It is responsibility of every individual to play role in protection of his environment. Every person should try to plant more and more trees during his life time.

Trees can help us a lot to fight against global warming. Industries should be strictly prohibited in this regard.

Every person should try to lessen his adverse activities like one should use public transport instead of personal.

Global warming is truly dangerous for whole ecosystem. We all know that global warming causes increase in temperature of the earth due to which ice caps are melting.

Melting of ice caps and glaciers have caused number of problems in recent year. Since the early 1900s, it has been noticed that glaciers are rapidly melting.

Rapid glacial melt also influence ocean currents and as ice on land melts, sea levels will continue to rise. Rising of sea level is major cause of floods on earth.

We all know that floods cause massive destruction and destroy almost everything in its way. It is very important to stop global warming to get rid of floods.

Moreover, melting of ice caps is destroying homes of many species like polar bears. These species are almost getting extinct.

Global warming is causing major climate changes. It has changed monsoon seasons in many polluted cities.

There is now less rainfall per year in many areas. These adverse effects of global warming are truly disastrous and alarming.

Global warming has already done a lot of damage to our planet. It is very important to understand severity of this issue. Otherwise, its adverse effect can make life difficult for our future generations.