What you would write if you are asked to write if i were a lion essay? Truly describing the lion is a king. It is the most powerful and king animal of the forest. We have written on lion; 5 lines, 10 lines & few more sentences, short essay & paragraph on lion for children & students. These essays are quite helpful for class 1,2,3,4 & 5th class students.

Lion is one of the strongest animals of the jungle. All animals get afraid of him because of his strength and speed. That is why he is known as the king of jungle.

He is a member of cat family and second largest cat to tiger in whole world. There are approximately 10 species of lions that are found in different corners of world. 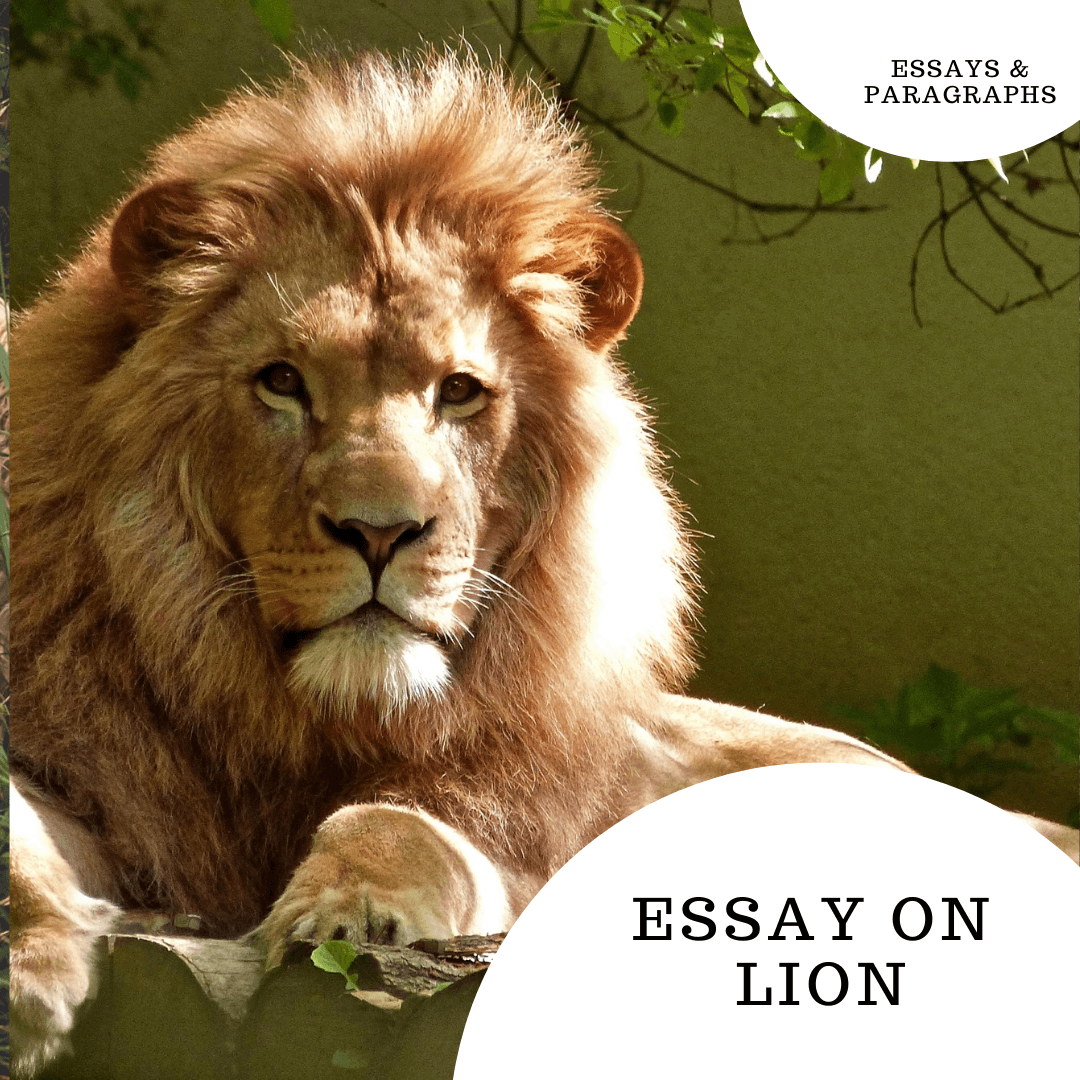 Among those species, the top 2 largest species include South African lion and Transvaal lion. They are mostly found in India, Eastern African countries and Southern Africa. There are number of species found in India including white lions too.

If I were Lion Essay | Characteristics of Lion

Lions are four-legged animals. They have broad chest and narrow waist. Their feet are padded so they can walk without making any noise due to which they can catch their prey easily.

Their footprints are known as pug-marks. The body of a lion is covered in small but smooth hair. The hair around a lion’s neck are called ‘mane’ which protect his neck and throat.

A lioness has no mane. The length of a lion’s mane determines his power over other lions. They are carnivorous animals and prefer to eat flesh.

They can eat approximately 16 pounds of meat every day.Since they have few sweat glands in their body, so they conserve this energy by resting during day time and become more active at night.

They spend most of their sleeping to conserve energy that is why they are strong and powerful. They can sleep for 20 hours in a day.

Lionesses mostly prefer to hunt while male stay to protect their pride. Even though lions are much stronger and powerful but lionesses are in charge for hunting.

They go for hunting in groups when it is dark. They usually hunt big animals like zebras, buffaloes, giraffes and rhinos.

The roar of a lion is scary because it is extremely loud. His roar can even be heard from a distance of five miles.

They always travel in groups called ‘pride’ that includes males, females and their children. They are very protective of their children and pride.

The offspring of lioness are called ‘cubs’. At birth, these cubs are blind and they move very slowly. Their weight is less than 5 pounds.

A male lion fully grows up at the age of five while female lioness becomes mature at the age of five. Average lifespan of a lion is 10 to 14 years but those lions that live in zoo live for at least 20 years because they get their food without having any need to hunt.

Lions are at high risk of extinction. Currently, there are only 20000 lions left in this world. There are many reasons of their extinction. They are being hunted on larger scale because of their fur, bones, skin and various showpiece items.

Lions are represented as a symbol of pride and strength due to which hunters hunt lions and keep their skin at home to show their courage.

The bones of lions are also used for medicinal purposes which is affecting their number. Due to excessive hunting of lions, there are just 650 lions living in India. This is a big threat to their species as well as ecosystem.

Every animal has different and unique quality that makes him special. A lion is the strongest and powerful animal. His royal look, grace and pride makes him different from other animals.

He has all the qualities that make him the king of jungle. Unfortunately, their specie is in danger because of hunting.