Essay on Apj Abdul Kalam with quotes, examples, headings for Class 1,2,3,4,5,6,7,8,9,10th high school & college level students. Ten lines on Abdul Kalam with five important lines on APJ Abdul Kalam for Class 1 KG kids and children.Abdul Kalam is a mentor and the role model for youth with his inspirational role and speeches for the development of India for his vision 2020 India.

APJ Abdul Kalam is a celebrated figure of modern shining India. He was the proponent of hard work, struggles and success in every walk of life. He has been one of the renowned figures and great political leaders and scientist of world. His life and teaching aim at sincerity, commitment, hard work and true struggles for the achievement of success and progress in life.

APJ Abdul Kalam whose contributions and works made him a celebrated person throughout the world. His name is written in golden letters in the list of the greatest scientists of twenty first century. He earned this name and fame through his efforts and struggles that made him reach such a pride position of life.

He became the 11th president of India and served nation profoundly.His greatness lies in his works, as he led the nation and laid the foundation of such a strong nuclear nation that spoils the tactics of its foes. Indeed India owe much his contributions. Both as a scientist and as a president he is matchless in India. 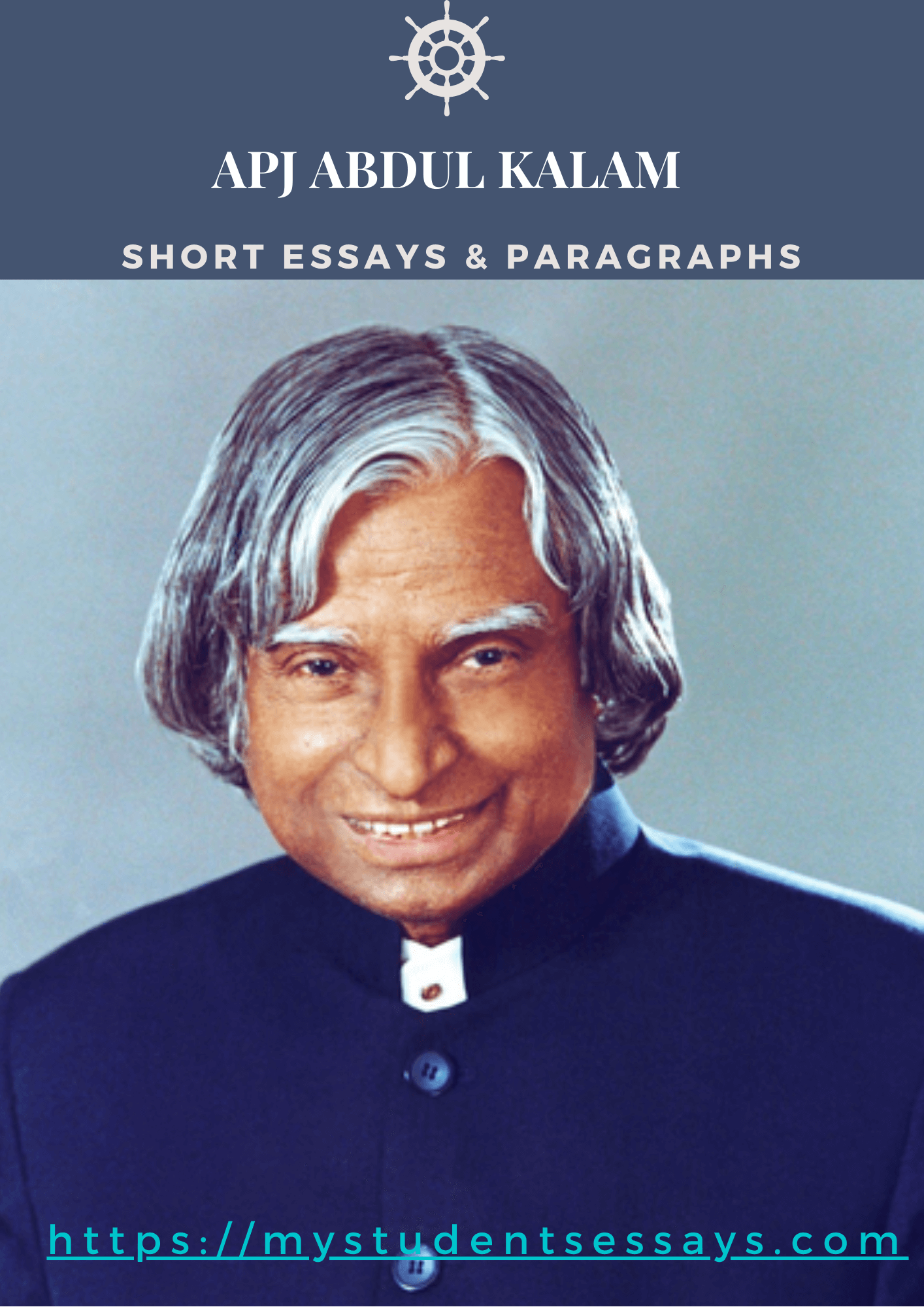 Apart from that, his contribution to the ISRO (Indian Space Research Organization) is remarkable. He initiated and designed many projects and led those projects which benefited nation tremendously. His rudimentary efforts in the development of Agni and Prithvi missiles nation will never forget.

For his involvement in the Nuclear power in India, he was known as “Missile Man of India”. And due to his contribution to the country, the government awarded him with the highest civilian award.

His mother was a housewife while his father was an imam at a mosque and a boat owner as well. He had three brothers and one sister.Since his childhood he had been interested in watching the flights of birds and he had dreamt to fly high.

He watered his interest and developed high interest in tee field of aeronautics, he was fully determined to his ambition, his firm determination led him to excel in his most desired filed. He graduated in Physics followed by Aerospace Engineering with scholarships.

He was the most devoted member of Pokhran Nuclear tests conducted in India. The selfless services that he paid not only earned him name and fame but his efforts helped support the nation to rise on the globe of the world. He is known as the founder of Agni and Prithvi missiles of India because it was he who devised the plan of development of missiles.

The great missile man becomes the President of India in 2002. During his presidency period, the army and country achieved many milestones that contributed a lot to the nation. He served the nation with an open heart that’s why he was called ‘people’s president’.

But at the end of his term period, he was not satisfied with his work that’s why he wanted to be the President a second time but later on forfeited his name.

DrAPJ Abdul Kalam who didn’t forget his passion of teaching, even after the completion of his tenure of presidential office he started teaching at different institutions. He found himself more comfortable being teacher because he loved teaching.

He worked for many renowned and prestigious institute of India located across the country.

Above all, according to his the youth of the country is very talented but need the opportunity to prove their worth that’s why he supported them in their every good deed.

His Role as an Educationist

Post presidency, APJ Abdul Kalam devoted himself to impart knowledge to students through his lectures at various educational institutions across the country.

Awards Honored to Him

Related:  5+ Best Selected Essays on My Family For Children & Students

His Writings and His Character

During his lifetime, Dr. APJ Abdul Kalam wrote many books but his most notable work was ‘India 2020’ which have an action plan to make India a superpower.He penned down several booklets and articles pertaining to different subjects.

He was a prolific writer, it seemed that writing had been his passion. All of his writings went popular, though his autobiographical work “wings of fire” in 1999 spread like wild fire among passionate readers. He was very simple and dedicated person. He was so busy at work that he rises up early in the morning and work till late hours after midnight.

He died during delivering a lecture to students in Shillong by sudden cardiac arrest in 2015. His curiosity in science and engineering knows no bounds, he was an extraordinary scientist and an elegant engineer, he devoted his whole life for the progress of nation. He never hesitated to serve the nation, even he breathed last in the service of nation. He had a vision to empower India and to make India a powerful nation.

He believed that youth is the most effective and powerful tool to use for the progress of nation, he always encouraged and motivated youth and tried every waking moment to facilitate youth, specially he wanted youth to get sound education.

In memory of his devoted cause of empowering youth with good education the government of India specially the Southeast Indian state of government created a an award naming DR. APJ ABDUL KALAM AWARD which is awarded to all those individuals who excel in the filed of science and technology and promote the youth and serve the humanity. As he himself served students, served humanity and promoted science throughout India.

“My 2020 vision for India is to transform it into a developed nation”. He voluntarily worked to materialize his dream and instilled his vision in youth to benefit the nation in future. APJ Abdul Kalam was indeed a blessing for our nation.Abdul Kalam had a dynamic personality.

His life teaches the most desired values of life, his life is a perfect example of patience, discipline, diligence. He was the embodiment of service of humanity, he dedicated his whole life for the betterment of others. One can learn and follow his footsteps to serve the nation and humanity. He would always be remembered as a great scientist, a wonderful teacher and the People’s president.

1) Despite being Muslim by birth, he remained vegetarian throughout the life.

2) Though he was Muslim yet he had memorized Bhagwata Gita by heart.

3) He spent nearly four decades of his life as a scientist and Science administrator.

4) His father was an Imam of a local mosque and owned a boat.

5) Since his childhood he was very interested in learning specially showed keen interest in mathematics and had thirst for knowledge.

7) He wrote many books based on science and power of youth.

8) He is known as the Missile Man of India.

9) He died on 27th July 2015, delivering a lecture at Indian Institute of management.

3) He was known to be the ‘Missile Man of India’ for his outstanding work on the ballistic missile technology and launch vehicle systems.

4) Played a pivotal role in Pokhran II, India’s nuclear test at Pokhran in 1998.

What are the contribution of APJ Abdul Kalam?

He was the national hero of India. Apart from serving on my key position of the state, he is well known for his contribution of making India a Nuclear state. Hence, he played a key role for making India as a Nuclear Power of the world.

What was the full name of APJ Abdul Kalam?

He is the Missile Man of India for Making India as a super Power state of the world.

Note:  APJ Abdul Kalam is the national hero with his inspiration role and stirring quotes he intended the betterment of India with his vision of 2020. The above essays are for all primary, high school and college level students with varying words limit of 50-100, 150-250, 300-500 and 1000 words limit.