Noise Pollution is a very dangerous problem that our earth is facing these days. The following essay discusses in depth about Noise Pollution, its brief causes and possible solution of noise pollution. The essay is in short and simple words. It is equally beneficial for children & Students of all classes.

Unwanted and unnecessary sounds falling on ears that cause irritation are called noise pollution. It is one of the most increasing pollution of the world specially in cities and towns. The loud sounds of machines, horns of vehicles disturb mental peace and cause physical harm too. 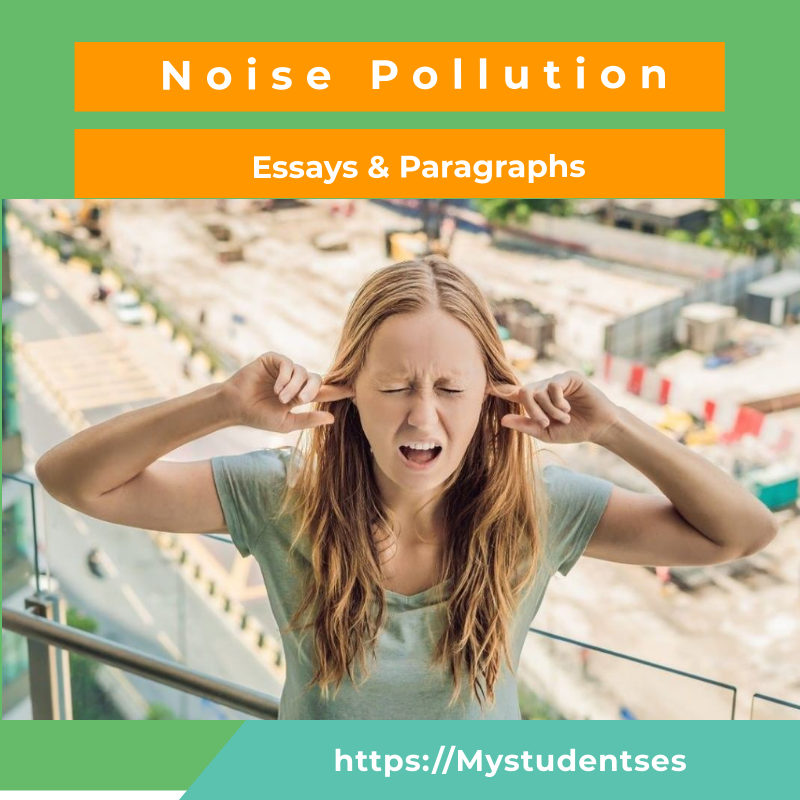 It has become very serious issue because it poses hazardous effects on all forms of life.Sound till 60db is bearable to our eyes, below 60db is pleasant to our ears but when it crosses 80db it becomes very irritating and painful to ears, it is called noise pollution.

Apart from it all electrical appliances and machines used in homes like boilers, generators, air conditioners, fans, fridges etc also produce sound which is also added in environment to make environment noisy.

The imbalance and disturbance in the natural environment is caused by noise pollution. People living near industrial units hardly find peace of mind because continuous emission of sounds have left their peace at stack.

In most of the industries high speed machines are used which produce lot of unnecessary sound, people living nearer suffer from mental retardation, mental imbalance, mental weakness and many other disorders are caused in people due to incessant sounds. Even people lose their concentration to work and quality of work is also affected.

Along with temporary deafness many other psychological disorders catch people.The most deadly impact of noise pollution is that our young generation specially students are unable to pay concentration to their studies. Loud sounds and noise divert their attention and disturbs their studies.

The increasing sound pollution is very dangerous for plants too. It is the very cause of abnormality of life style in cities. Many people have become victim of mental distraction, stress and confusion because of sound pollution. Hearing loss is the common problem among people, it has increased due to noise pollution.

It has affected the reproduction and communication of wildlife and many animals are becoming extinct due to increasing noise pollution.

Solutions; How to Prevent Noise Pollution

It is high time to reduce the intensity of sounds produced in environment because it has affected badly on all living forms. We must not horn uselessly or create unnecessary sounds at home or at work place which might disturb others.

There is ignorance among people, let’s educate people about hazards of unnecessary sounds and make environment noise free. It is not necessary to produce excessive unwanted sounds on events like weddings, functions etc, it is our responsibility to think for our fellow humans.

To maintain peaceful, healthy and balanced life we should make reduce level of sounds produced in environment first, sound pollution is the root cause of mental and physical disturbance in all living organisms. Let’s take step and stop people to make overexposure of sound in environment and lead a peaceful life.