The evils of dowry system are manifest in our society. Read the following essay that defines what is dowry system, brief history, meaning, problems created by it and efforts how to curb it, in short simple words, for children and students.

In addition to that, you can read Essays & speeches on multiple topics here

Dowry means those gifts and presents that are given to bride on her marriage. It is very ancient tradition. 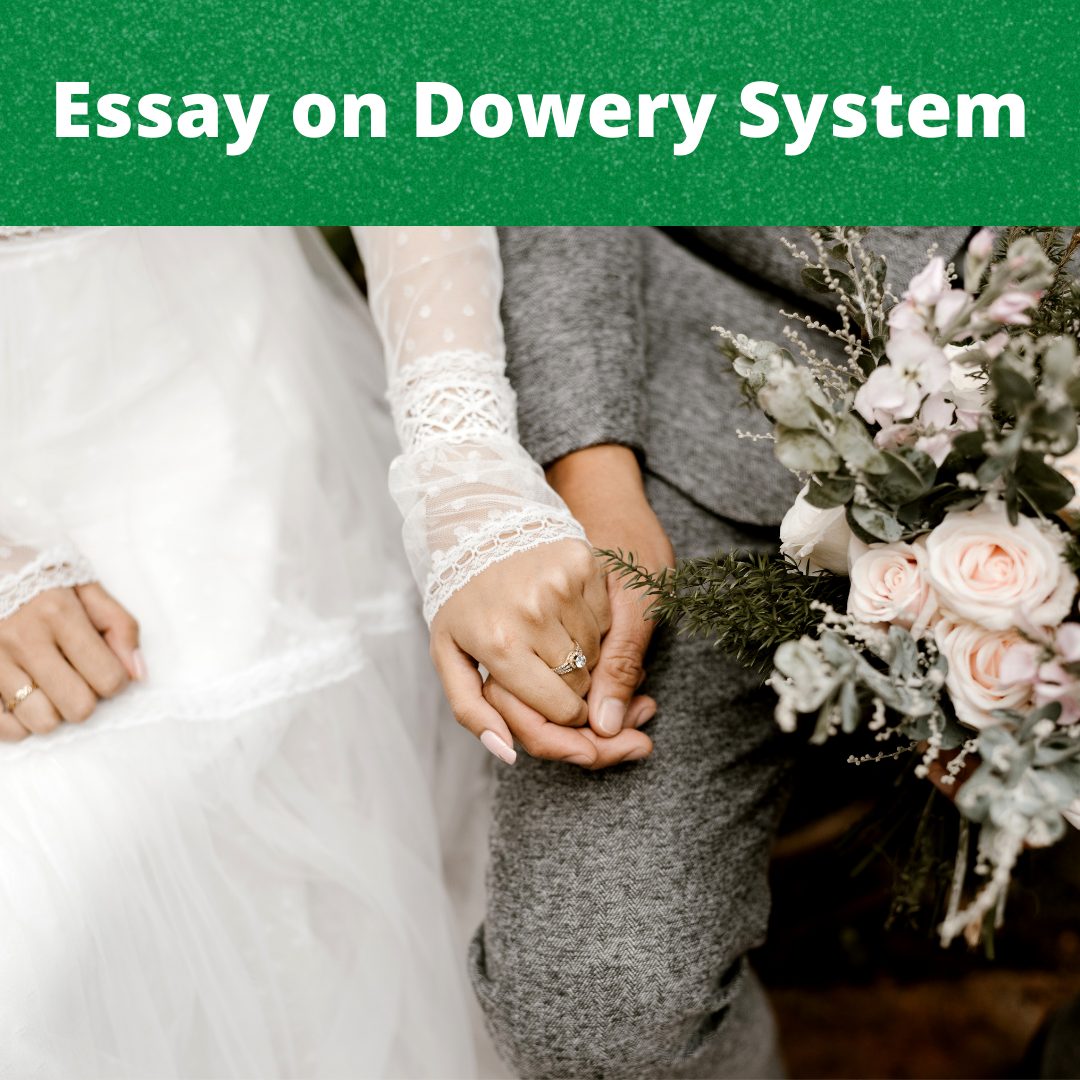 What is Dowry System

Dowry system is still practiced in our society but it has changed it forms. Our ancestors develop this system for secure future of their daughter after marriage.

Bride can be independent and free of financial worries after marriage. Nowadays, this system has been completely revolutionized.

The greedy nature of humans has made his system worst and curse on all nations. Parents actually find a lot of difficulty to arrange dowry for their daughter.

The idea behind dowry system was to make sure that bride will be financially stable after getting marriage.

The idea was quite clear. Brides parents used to give money, land etc as a gift to assure that their daughter will be happy and independent after marriage.

Every parent used to arrange dowry according to his financial position. There was no pressure on bride’s parents by groom side for dowry.

It was all up to them. It was simple system that means giving away few necessary objects for spending life to daughter.

The Curse of Dowry System in our Society

Greedy nature of man has made this system a social issue. This system has been very problematic in our recent society. People are suffering due to this system.

It is creating discrimination

between boys and girls. People mostly value material than bride. They demand a lot of gifts from bride side which is totally out of question.

Bride’s parents mostly get “marriage loans” to get their daughter married. In our present society, no groom is ready to accept a bride without dowry.

This thing has made life difficult for poor daughters. Parents mostly don’t get their daughter married as they have no enough money to arrange dowry.

Marriage has actually become a nightmare for poor families. Groom’s parents are misusing this sacred tradition by compelling bride’s parent for lavish dowry.

There is number of heart wrenching cases in our society due to dowry system. It has become fatal and totally immoral practice in our society.

This is injustice to women of our society. Parents take huge amount of debts and spend their entire life in paying these debts.

Dowry system is social evil and deteriorating the lives of innocent and poor parents. It has made daughter a burden on poor parents. One has righty said

“Dowry is not only a curse. It is actually the mother of all evils in our society.”

In recent years, number of cases has been reported of violence, abuse, wife murdering, infant daughter killing and many more.

All these cases are due to social evil of dowry system. In the view of current situation, it has become important for government to ban this system at any cost.

This is very important to save honor of our women and poor parents. Government has made laws against it but still this system is being practiced. It is important to take solid steps against this social evil.

Severe punishments should be regarded to all the people who are involved in this crime. It will make life easier for poor daughters. Various programs should be implemented to end poverty and unemployment

It will surely reduce financial burden on poor families. Dowry system has been transformed into its most dreadful form in our society and it is very important to take step against it. People should also stand against it and should stop giving lavish dowry to their daughters.

Dowry system is good as long as it is mere few gifts to bride from parent’s side. If the groom’s parents are demanding money then it is totally illegal and social evil.